Over 100 villagers from Kayoro attacked by armed robbers 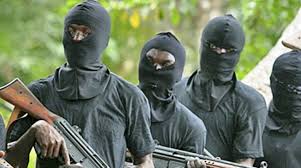 More than 100 villagers from Kayoro village were on Friday morning attacked by armed robbers who were suspected to be Fulani Herdsmen. The incident took place at the Kassena-Nankana West district at a place called Bugani.

The robbers blocked the Kayoro-Katiu road for nearly three hours subjecting the villagers to beatings with the backs of their guns. The robbers made away with two motorbikes, Ghc50,000 and other things of value. Most of the affected people were business people at the Chiana Market and farmers. The robbers are said to have ordered the victims to lie down before carrying out the inhuman act.

The area police said they were aware of the incident and were tracking the victims.