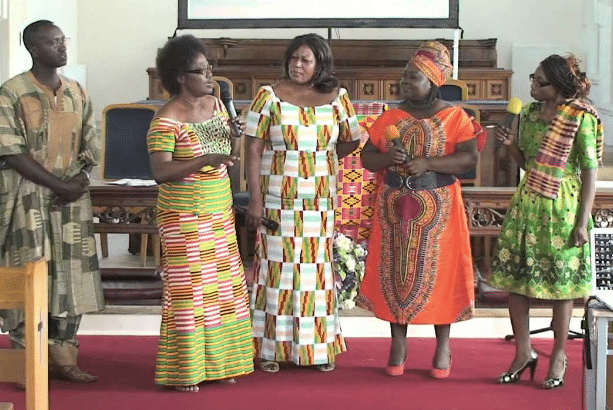 He observed that a number of Ghanaians had now developed the taste for foreign goods and did not patronise the consumption of locally-made products to expectation, regretting that downplaying the value of the nation’s culture by the generation of today was a contributory factor.

Mr Yeboah gave the advice when he deputized for the Regional Minister, Mrs. Evelyn Kumi-Richardson at the opening of a three-day national Conference of Directors and Accountants of the Centre for National Cultural (CNC)-Ghana in Sunyani, under the theme; “Re-affirming the Roles on Cultural Institutions to Mitigate Youth Unemployment and Alleviate Poverty”.

He expressed concern that many Ghanaians no longer ate local foods, saying that had now brought about strange diseases with no cure, which were leading to the death of many resourceful people who could have contributed to the nation’s speedy development.

Mr. Yeboah said another disturbing trend that might make the younger generation and those yet unborn strangers in their own culture was the inability of many Ghanaian children to speak and understand the local languages, but could speak foreign languages, particularly English to the admiration of their parents.

The woes of the nation was all about the love for the products of foreign cultures by the younger generation, which were having negative impact on the entire society, the Director said.

He said Ghanaian dances were unique and there was the need to identify ways to derive economic value from them, instead the generation of today have branded some of them as fetish to the detriment of the nation’s socio-economic progress.

Consequently a Ghanaian child now might not be able to dance either the ‘Adowa’, ‘Kete’ or ‘Kpanlogo’ but could artistically and skillfully exhibit his/her prowess in a foreign dance which was unfit for the society’s progress, but only led to the loss of self-esteem as a people, Mr. Yeboah said.

Barima Asumadu Sakyi, the Dean of Directors of CNC, said the Centre was a source of skills and skill development that could impact the unemployed youth to make them employable and entrepreneurs to contribute immensely to curtail the youth unemployment to lead to the increase of the nation’s Gross Domestic Product.

He said most of the performing stars in the local movies as well as those practicing indigenous technology (arts and craftworks) were all associated with the Centre in their nurturing stages.

Mr. Sakyi appealed to government to make culture the foundation for all developmental agenda and added that the current situation of inadequate funding and infrastructural challenges narrowed the function and scope of the operation of the National Commission on Culture and its agencies.