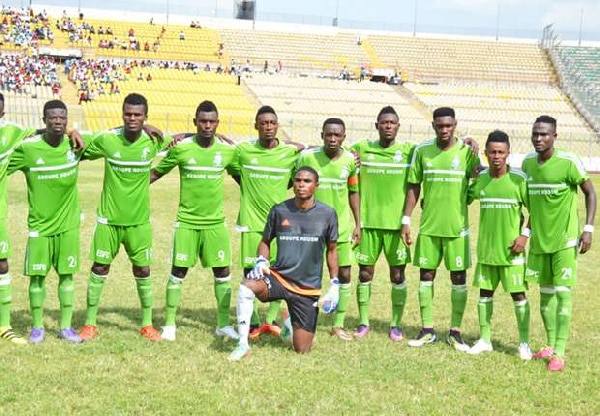 Sedinam Nyamordey, the public Relations Officer for Elmina Sharks has revealed to Happy Sports that their league opener against Ebusua Dwarfs will be conducted as planned despite some individuals being infected, with covid-19. Elmina Sharks through their social media platform they announced that some players in their team have been infected with covid-19.

Their statement read as “We can confirm that some of our players have tested positive for COVID 19. They have since been isolated & responding to treatment. We wish them well & look forward to them joining us stronger.”

Speaking during an interview on Happy Weekend Sports, Sedinam Nyarmodey stated that the positive players are asymptotic.

“Some of our players have tested positive for the Covid-19 but they aren’t showing any symptoms. They have been isolated and are receiving treatment at the moment. They will be out for 14 days per the Covid-19 protocols”.

“I can also confirm to Happy Sports that we have been given the go-ahead by the GFA to honor our game against Ebusua Dwarfs”.

On preparations ahead of the game against Dwarfs he said, “On the game, we have not beaten Dwarfs at the Cape Coast Sports Stadium. The last time we met them we won the game by a lone goal at the Nduom Sports Stadium. As they are planning for revenge then we are also preparing for a repeat”.