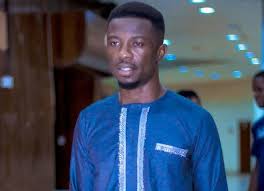 Kwaku Manu and his co-host Lilwin of UTV’s ‘united Showbiz’ recently disagreed. Their Rivalry has affected the great show. Manu said that he was not happy with Lilwin’s statement when he was being interviewed about his new upcoming TV series shoot.

Kwaku disclosed that up to date, his friend Lilwin doesn’t pick up his call. He insisted that he finds it difficult to understand the reason why Lalwin creates such a bad impression, that some fellow workers do not support his progress. Kwaku Manu requested Lilwin to be keen on what he says and also to humble himself and have respect in all his statements.