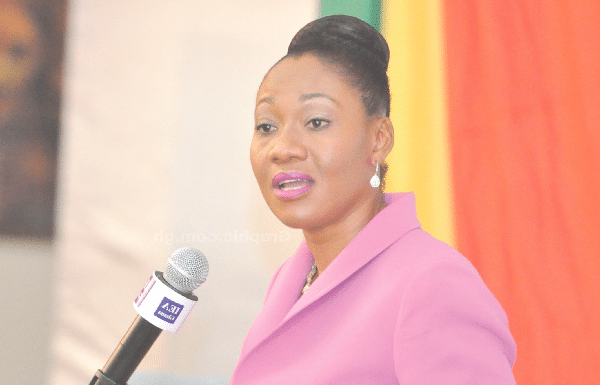 The Electoral Commission (EC) chairperson, Mrs. Jean Mensa, has said that the absence of long queues in most polling stations during the December Presidential and Parliamentary elections is something to celebrate. Comparing Ghana with other developed democracies, which still witnessed long queues during their general elections, Mensa said that this was indeed worth an applaud. The electoral chairperson said this while she spoke during the launch of an Inter-Party Advisory Committee (IPAC) workshop made to assess the 2020 election and the process involved therein.

“We need to celebrate the fact that as a country, we successfully employed and deployed high quality robust technology to enhance the credibility of our electoral processes. We successfully used biometric technology to ensure that only unique individuals were registered to vote, doing away with the phenomenon of double registration and multiple voting. It is important to document how this was done,” the EC’s chairperson said.

Mensa further stated that despite the uncertainties caused by the COVID-19 pandemic, the commission was able to prepare a new voter registration with over 17 million people within 38 days. The commissioner also noted that the Commission was able to minimize the expenditure on the election by 41% compared to the previous 2016’s polls. According to Mensa, the 2020 polls marked the first time in history for the state to fund the entire electoral process independently.

“As a country, we reduced the cost of elections from thirteen dollars (13USD) per person to seven dollars, seventy cents (7.70USD) per person.” Mensa stated.

Even though the IPAC workshop brought together political party representatives, the main opposition party, National Democratic Congress, didn’t send its representative there.

Matilda Amissah has said that not all celebrity marriages fail.