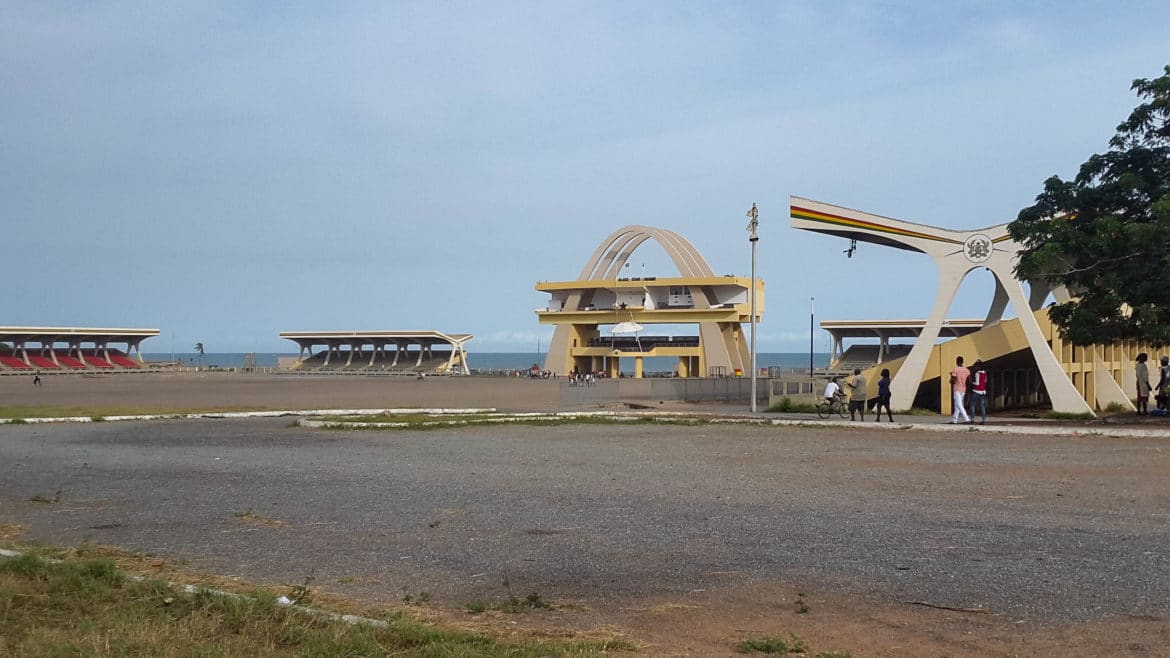 For a moment, it seemed like a convention, a gathering of a unified group of people with a common objective, albeit with diverse problems. Each group struggling under the scorching sun in an overcrowded space hoping to catch a glimpse of a miracle. This miracle, albeit has nothing to do with the man above, not one for a supernatural intervention but one for an AI – A machine has erred, apparently, and we needed it fixed.

It would seem improbable, that in this age of technology modernization, a country rife with so much potential like Ghana will struggle in its bid to find Senior High School placement for Junior High School students. An algorithm ineptitude is how the technocrats like to explain it; a political sabotage is how the man in charge of education in the country likes to explain it.

Education in Ghana is the way out of poverty for many, if not all, it creates opportunities and avenue for sustainable and workable economic growth. It is an essential part of cultural and economic diversity.

In 2005, the CSSPS was introduced in the country to aid the Ghana Education Service (GES) place qualified candidates into Senior High Schools. Every year, more than 400,000 school children in Ghana write the Basic Education Certificate Examination (BECE). Almost all the pupils who get to Senior High School in Ghana do so through the CSSPS.

Despite calming the system and instilling some sort of sanity, fairness and ease into the admission of students into the selection of schools, the CSSPS also had its challenges and still does have challenges, many of these were witnessed in the recent placement process, which got many parents and wards besieging the black star square.

After results were released for the 2019/20 academic year BECE, the computerized School Selections Placement System (CSSPS) placed 473,728 qualified students out of 490,000 in Senior High Schools across the country leaving behind 122,706 qualified candidates who were not placed due to one reason or the other.

Parents/Guardians and their wards numbered in thousands thronged the black star square in anticipation to secure placements. The GES had earlier admonished aggrieved people to go to the solution center to get their concerns addressed.

Meanwhile, some first-year students were turned away from various schools, with school authorities citing many varying excuses. Notable among them were; that the self-placement module placed them wrongly, coupled with claims that the school could no longer accommodate them due to lack of space.

The level of confusion this academic year, regardless of statistics, could pass as the most difficult process since the inception of the CSSPS. The chaotic scene that was witnessed at the black star square recently, is but a single effect of the CSSPS. Following social commentaries on the issue, many Ghanaians have indicated that, the overwhelming numbers is as a result of the ruling government’s flagship policy, “FREE SHS”.

Speaking at a press conference, the deputy Director-General in charge of quality and access at the GES, Dr. Tandoh, blamed “bad” people for trying and succeeding at sabotaging its self-placement module. In line with the claims that the CSSPS placed some students wrongly, he said, they (GES) had to shut down the self-placed system upon detecting the external intrusion. He further reiterated the fact that, students were placed on merit and in due accordance with the pre selection of schools.

But how do government institutions tasked to preside over selection of schools avoid similar challenges in the near future? Pharm Tech pioneer, founder of Mpedigree Network and also Director of Development Research at MANI, Bright B. Simmons, like many other Ghanaians shared his views on the brouhaha surrounding the placement, its challenges and way forward.

In a series of tweets, he opined that, there is no reason for students to select their preferred choice before receiving their results and that government needs to understand modern trends in public ICT and E-government solutions; it’s all about user center design. Interestingly, calling it a “placement” system, instead of a “reservation” system, betrays a top-down, old school, mindset that refuses to see the students as “customers”.

Pattern of Selected Schools vs Their Vacancies. MoE(2019)

The Ghana Education Service (GES), purports that one, if not the very root cause of the confusion has to do with weak students over-selecting top schools. The above graphic image, a chart showing the choice Pattern of Selected Schools vs Their Vacancies, debunks the notion of GES. For instance, Kumasi Sec. Tech is more subscribed than PRESEC, which poses the question about algorithms.

We need a system that is prompt and guides students to reserve schools post release of results, where circumstances are clear.

In the views of many, it is entirely algorithmic. It requires a comprehensive set of all assumptions and a powerful decision tree. It is not even encouraging that one can’t even find information on the software company working on it.

What You Should Know About the Legendary Yvonne Nelson