8 people dead in a fatal accident on Accra-Kumasi Highway 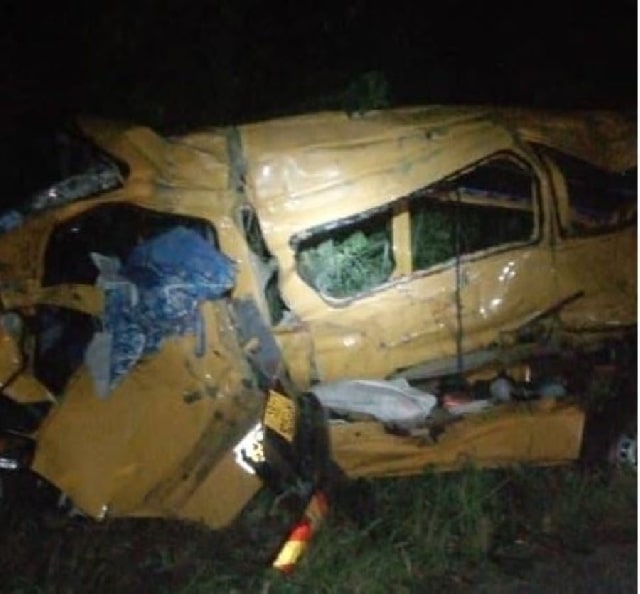 Eight people have been reported dead after an accident that occurred at the Akyem Anyinasin stretch on the busy Accra-Kumasi road. The accident is said to have occurred on Tuesday night claiming the lives of the eight and leaving three others seriously injured.

According to Kibi Divisional police commander, two vehicles racing from Accra- Kumasi bumped into a loaded truck that had mechanical problems. Five of the 11 people including the mechanic who was fixing the truck died. Three others died on arrival at the Engresi Government Hospital while the three surviving ones are still admitted at the same hospital. Bodies of the deceased are at the Kabi Government Hospital morgue.