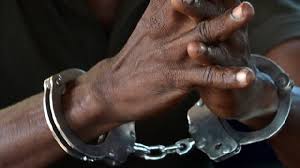 Police officers have arrested a chief by the name Nana Gyabaah Ameyaw at Jama Timponim, a community in the Techiman Municipality of the Bono East region for smoking marijuana and carrying a gun in the bush.

The chief was caught red-handed in the bush smoking and he drew out a gun to stop police from arresting him.

The incident has infuriated the region and the sub-chiefs who have called on the Techiman Traditional Council to remove him from office.

The noble leader additionally stated that the Kingmakers in that community have decided to destool the chief and called on the authority to act without hesitation.
Nana Gyabaah Ameyaw has also summoned for selling all the lands in the community without using the earnings for any developmental projects in the region.

Vodafone employees will enjoy 4 months of maternity and paternity leave