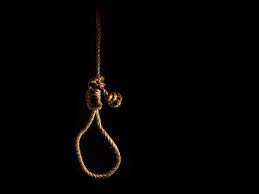 A girl aged 16 has committed suicide following the arrest of her 25-years-old boyfriend. The incident has left many residents of Kyakatagwa in shock. According to Mr. Kalanzi, the man was arrested after they were caught with the young girl.

Reports say that she had been dating this man for over 4 months. The parents of this minor had requested her to end the relationship with this boda-boda cyclist, however, she did not obey.

After the arrest of her boyfriend she “threatened to do something” to herself in case they don’t set him free immediately. Her parents were not moved by her threats.

“She threatened to do something strange if her parents did not order for the release of her boyfriend but no one cared. She then picked her sweater and left home. She jumped into a fast-flowing River Kyatakagwa.”

Mr. Kalanzi requested parents to be careful when handling minors especially when it comes to love and dating. Kyotera District commander, Judith Akello, said that investigations related to the case had already begun.