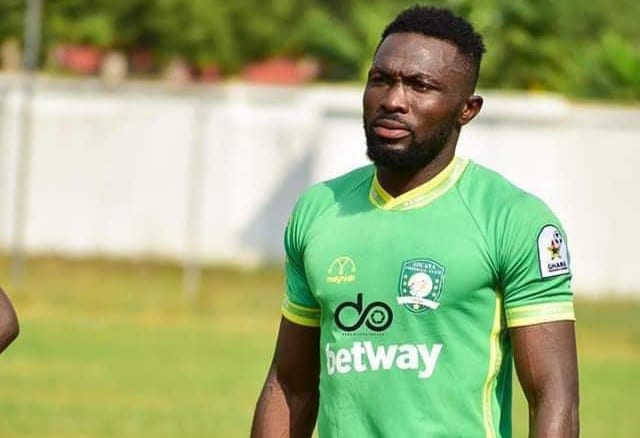 Aduana Stars defender Farouk Adams has been remanded into police custody for two weeks for accidentally crushing a police officer to death. The order was to remand Adams was issued by the Berekum Circuit Court on Thursday in a case presided by His Lordship Osei Kofi Amoako. In the case, the 31-year-old Aduana Stars defender faced two counts of charges; negligently causing harm and careless and inconsiderate driving.

The court has turned down a plea by the player’s lawyer, Baffour Akoto, to release his client on bail and instead ordered Farouk Adams to be kept in police custody whiles investigations continue. The lawyer has, however, honored the court’s decision stating that his client would be in safe arms instead of being in basic custody. The Aduana Stars defender will make his second appearance in court on 18th March, 20121.

The fallout of the matter was on Monday, March 1, 2021, when Farouk Adams was arrested for allegedly knocking down a police officer at Wamfie in the Bono Region. It is reported that the police officer, who was later identified as Constable Amos Maatey, was on night duty and was riding a motorbike before the uncertainty happened claiming his life on the spot. The police, through their investigations, discovered that the car belonged to the player and arrested him.

Modern Technology Should be introduced in Ghana’s Football, Abubakari Damba

Ghana on its Way to Becoming a Dictatorship System, Vitus Azeem Warns