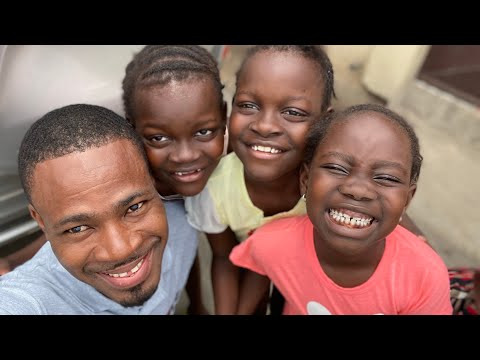 In what appears to be a miracle, some 8-year-old twins, Laurinda Akua Baidoo and Laurencia Akua Baidoo in Central Cape Coast are allegedly said to have surprised many by not only speaking fluent English but also developing a fine American accent on top of that in an overnight.

According to the twin’s father, Kwaku Badu, he was determined to help his children speak good English since it would reciprocate to many benefits in their Education. However, just as it is the norm with many, Badu gave got tired before eventually giving up the practice of teaching his twins how to speak fluent English. The twins’ father says that what took him by surprise was the realization that the duo, Laurinda and Laurencia had not only mastered speaking fluent English but had developed an accent.

Speaking during an interview, the twins’ mother, Mena Akua, contrary to her husband, expressed how she has been struggling to cope up with the new accent developed by her daughters owing to her low levels of education. “I speak Fante to them and they speak English to me. When I speak some, they laugh at me,” said Mena. The twins’ mother added that when she inquired on how the girls had acquired the new accent, the elder twin replied by saying that it was a gift from God. “We don’t know, it just happened. It is just like a gift from God,” said Laurinda Akua.
Both Laurinda and Laurencia aspire to be medical doctors in the future besides having such a fine American Accent.

Condom shortage hits the world due to coronavirus