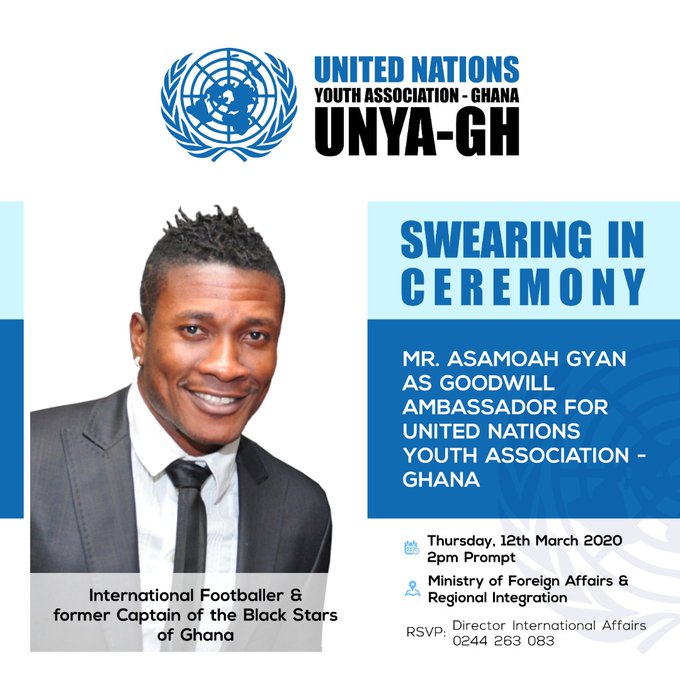 Retired Ghanaian football star Asamoah Gyan has been named the United Nations Youth Association Goodwill Ambassador in Ghana. The new role will enable the retired star to inspire the youth. Excited Asamoah toot to twitter to announce the new appointment.

The former striker was sworn in on the 12th March for his new role. Many of his fans were more than excited and took to social media to congratulate the star.

Asamoah Gyan is currently Africa’s top scorer with 6 goals. He has represented Ghana in the international tournament many times captaining the national team on most of the occasions.