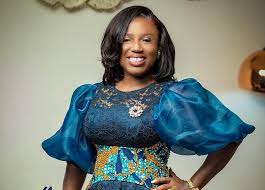 Many people questioned her win, claiming that the VGMAs bord was unfair because the Gospel Musician did not deserve to win the top prize. During an interview, Carl Clottey said that Diana Hamilton worked very hard and won the favor. “No, as Christians, we always don’t get what we want. If it were for effort alone, Diana wouldn’t have won; she won by Grace, pure grace. God does his things for the one that does not have a lot of elements; you see Kidi, he has a lot of songs, Diana had one, and God wanted to prove something that.”

“Diana was like an evangelist. She is bringing people through the cross, so obviously, she would win, so it was a favor. It normally doesn’t happen that gospel musicians would win the coveted top prize, Joe Mettle won, and if gospel musicians pick it again, fine,” she stated.

Deborah Afulani insists that you can save without Being a Salary Worker.