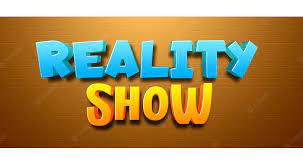 Although there are various entertainment shows on most Television channels, Reality TV Shows are the leading entertainment shows. Ghana has aired many reality shows in past decades, and their impact can never be underrated. Most celebrities were ordinary people until they were featured in some reality TV shows. Reality TV Shows introduced Ghanaians to great talents in their country that they never knew that they existed. These shows have impacted various audiences differently; for instance, the young generation has been able to realize their talents through most of the shows being aired.

Reality TV Shows have positively impacted the social affairs in Ghana. Social affairs include how society views relationships, gender, and accepted behaviors. Reality TV Shows have played a significant role in improving women’s empowerment and fair delegation of duties in modern society. The active discussions on the shows indicate that men can involve women in major decision-making that affects their families and community. Besides, people are more informed of what is happening in the locality.

It has improved living standards for the actors and the general locality. Creating a reality show is cheaper than other shows, and it is an easy way to make lots of money. Most ordinary actors become rich and live better lives after being featured in reality TV shows.

Most reality TV stars attain fame within a very short period. There are so many ordinary people who have attained fame by appearing in certain shows. Although Some of the actors’ fame dies immediately after the shows, a large number remain consistent and hardworking to retain their fame. The moment viewers start appreciating your performance, it means that they believe in what you are doing, and therefore this motivates most of the actors.

Reality shows mark the beginning of a successful career

Reality TV shows have given many people a chance to start a successful career. Acting is a career that demands so much commitment, consistency, and hard work. Initially, it was not easy to grow to fame within a short period, but these days you can quickly grow so long as you can deliver accordingly.

Viewers become aware of the dangers associated with reckless lives related to different types of addictions like alcohol and other drugs.

The disadvantages of Reality Shows

Most reality shows are scripted, and everything is closely monitored. Initially, the performances were not scripted, but because of the current rating of the show, the directors have been forced to script it so as to increase the show’s rating. Most viewers already know that the shows are not natural, unlike in ancient times.

Negative effect on the youthful generation

The youthful generation closely follows what reality stars do. Although the ancient generation of celebrities behaved and entirely relied on their talent, the current generation relies on scandal to gain and be featured in all trending news. Most young people emulate the terrible behaviors of these people, including their dressing code and their reckless addiction to drugs. Most Aerobatics performed during the shows are under controlled conditions, leading to death when imitated. Some of the reality shows indicate greed when all the participants use unacceptable ways, striving to outdo the rest to win prizes. The bad traits manifest themselves in their viewers, and this affects the general society.

Most directors include abuse scenes so as to attract lots of viewers. The abuse can be in many forms, such as words or severe beating, which might affect teens and small children. Abusive shows demand parental guidance.