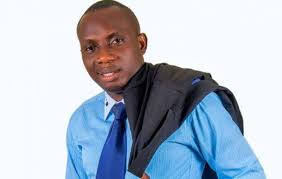 George Lutterrodt, has said it should be confirmed whether Gloria Assan Arhin, is mentally fit. He said that it should it be proved that she is the one who leaked the documents she sent to a court, seeking a divorce. The scanned documents of the divorce are still circulating in all social media platforms. The papers contain her reasons for seeking divorce, and other accusations.

Eugene Arhin denied all the claims made by his wife. Speaking during an interview, he said, “If it is true that she posted what I am reading, if not, she should issue a disclaimer because you cannot wreck the boat that you have sat in before. You don’t do this to a husband. Why? Is it hurt or pain? I am still saying that I don’t want to believe that she posted what is going on. Is it to disgrace Eugene?”

Also read: A journalist repeatedly slapped by a police officer for asking him why he was not wearing a face mask.

“If you decide not to have children again and I decide to have children out, where is my crime? Any woman who will divorce her husband because he has children outside, I believe that you don’t have your mental senses straight. If they’ve tied your womb because of a reason that you won’t give birth again and because you say you can no longer stay in a marriage because it has broken, what is the problem? I mean, do I give you back your womb? That is why you think well, through counselling, before you do tubal libation.”

More than 200 African migrants rescued off boats in Libya.