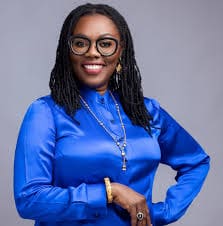 Ursula Owusu, the Minister for Communication has revealed that plans to link the Ghana Police Service with the digital innovation have been laid off and will soon bring to an end traffic infringement and petty theft as well. Owusu has also stated that the move to fight crimes digitally through the installation of high-speed cameras shows that Ghana is on the right track in terms of development.

“We are using 10,000-speed cameras that will help in rapid crime check and response. Now, you don’t need to give out the directions of a crime scene to the police anymore. They can find you by just turning on the cameras in your vicinity”. The communication Minister said.

The Minister has however cleared the air stating categorically that the installation of the security cameras is not meant to breach the privacy of Ghanaians but rather to keep them safe against petty thieves such as bag snatchers. Besides curbing petty theft, Owusu further stated that the move to fight crime digitally will bring sanity in the roads taking into account that the cameras will be used to trace traffic offenders who will be fined according to the law and monies plowed back to the country’s development projects.

“These cameras are not here to snoop on anybody but it is for our own good. If these criminals know there is a camera watching them, they will not commit any crime and this will make policing more efficient”. Owusu added.

I did not Breach the Copyrights of “Jerusalem”, says Ajeezay