Home Entertainment I did not Breach the Copyrights of “Jerusalem”, says Ajeezay
Entertainment

I did not Breach the Copyrights of “Jerusalem”, says Ajeezay 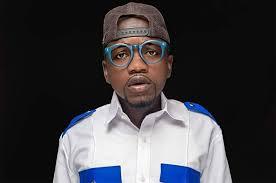 Ghanaian comedian Nathaniel Mensah popularly known as Ajeezay has stated that by doing a cover version of the “Jerusalem” song he didn’t breach any copyright law. Ajeezay further said that his cover version entitled, “Jerusalem Soup” shouldn’t be treated as a breach of the copyrights of the popular South African “Jerusalem” song since he has not under any circumstances claimed to be the original song composer.

“I have not been contacted by Master KG to register his displeasure for doing the cover version of his song. I think that since I didn’t upload the song on any of the digital marketing platforms I have not breached the copyright regulations,” revealed Ajeezay.

When asked how came to compose his ”Jerusalem Soup” cover version, as usual, Ajeezay never ceased being hilarious. “I didn’t plan to do this in the first place. I was somewhere listening to music when I heard the Jerusalem song being played. So I started singing along and then suddenly I realized I was saying things like ab3 nkwan, Nkrumah nkwan, ab3 nsuo then I decided to go to my friend’s studio to record it,” he said.

While confirming not to have breached the Copyrights of the “Jerusalem” song, Ajeezay went on unveiling that his “Jerusalem Soup” cover version is so far his biggest cover version since it has scooped up to over 200k YouTube views in less than a month besides being everyone’s favorite jam both in Ghana and abroad.