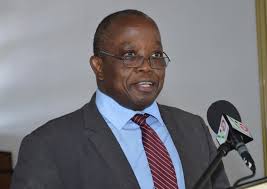 According to documents leaked by to journalists, a private company going by the name, K&A Accounting Services has been assigned to audit foreign flights made by Daniel Yaw Domevelo, the Auditor General, together with other top officials in the audit department between the years 2017 and 2020. K&A Accounting Services was appointed by the Audit Service Board and tasked with auditing the GH¢2.1 million and $199,000 spent by Mr. Domelevo and other top officials in the Audit Service respectively on foreign flight travels.

The move to audit foreign flights made by Domevelo has triggered a heated reaction from his side where he rubbished the exercise terming it as unconstitutional. The Auditor-General has gone further citing Article 187 (15) of the 1992 Constitution arguing that the constitution only mandates the parliament to do such an audit and not a private firm. Additionally, Domelevo referenced Article 189 (3) (b) of the 1992 Constitution as he proved that the Audit Service Board has no power to commission auditing of the foreign flights by the private firm. Domelevo’s remarks were immediately responded to by the board through its chair, Prof. Dua Agyeman, who said that the law allows the board to hire a private firm in the pursuit of auditing the department.

“In view of Article 189 (3) (b), he said, the board came out with the Audit Service Regulations, 2011 (C.I.70), which states that it (board) shall be “ultimately accountable and responsible for the overall performance of the Audit Service and also secure its public sector financial management and accountability process of the country” Professor Dua Agyeman asserted.

“In that instance, the Board observes that the Auditor-General and the top management staff of the service had made many official travels out of the country, without producing any reports to the board or with nothing to show for such travels,” the board’s chair added.

It’s reported that the current bad blood between the Auditor General and the board has been incited by the government after surcharging Yaw Osafo Maafo, the Senior Minister, $1million over some consultancy services with Kroll and Associates Limited.

Companies involved in the Fraudulent Cocoa Licensing to be Punished-COCOBOD