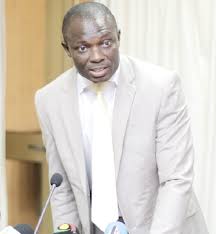 Ghana’s government has moved the domestic economy from taxation to production, Mr. Kwaku Kwarteng, a Deputy Minister of Finance, has stated.

On Saturday, 3rd October, he said major Points programme that this is part of efforts to improve the economy and also to end the hardships on Ghanaians.

“The government is shifting the economy from taxation to production. I could go to the 2017 budget and list all the tax lines that we either abolished or reduced,” he remarked.

In 2017, The government either removed or reduced more than 15 “nuisance” taxes.

Besides the government removed 1 percent special import tax, 17.5% value-added tax on local airline tickets, taxes put on Kayayei by domestic authorities, lowered the import duty for all goods except vehicles 50% and vehicles by 30%, removed excise duty on petroleum, offered full corporate tax deduction for private universities who plough back 100% of profits into the university, lowered the National Electrification Scheme Levy from 5% to 3%, lowered Public Lighting Levy from 5% to 2%, reduced special petroleum tax rate from 17.5% to 13% and introduced specific rates

The government also replaced the 17.5 value-added tax /NHIL rate with a flat rate of 3 percent for traders and granted Capital Gains Tax Exemption on stocks traded on the Ghana Stock Exchange or honestly held securities authorized by the Securities and Exchange Commission.

Mr. Kwarteng, who is also MP for Obuasi West, stated: “We did introduce the GETFund levy and the NHIL Levy.

“We did make them tax lines that for which you could not repeat as input tax. But what you need to look at is that overall, the interventions that we have brought by way of taxing, did they reduce the tax burden on Ghanaians or not?”

Nevertheless, his claims were refused by former Minister of Finance Seth Terkper, who indicated on the show that those levied that were removed have been introduced again in different forms.

“They have not shifted the economy from taxation to production because each of the taxes they have gone back to use other means of reintroducing it,” he remarked.

Mr. Kwrateng clarified on this particular point, that even though the government had abolished some taxes, it was also its duty to look at which of the taxes to be introduced again to enable the government to achieve its goals.