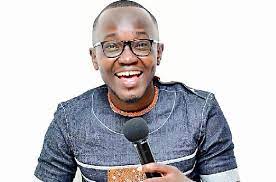 Famous Ghanaian Comedian, has said that pioneer comedians sold their craft at a low price. OB Amponsah said that those comedians have made it not easy for the current-days craft to be paid well.

While speaking during an interview OB Amponsah said, “Some of our predecessors sold themselves cheap. I won’t mention names. If a company contacts any of us, I mean the new comedians for a deal and we disclose our price to them, they have set very low standards and we cannot go beyond it despite several efforts. But I think we have been able to do something about that some brands now agree to pay us more and that’s good news.”

“For the likes of David Oscar, Foster Romanus and so on, their struggle was largely centered on gaining grounds for the Ghanaian comedy industry and not much about money. They built that foundation for us. We took over from there and now, we’re trying to make a business from it,” he stated.

Saddick Adams claims that it is shameful for U-20 to Choose the Senior Hearts of Oak Coach as their assistant coach.

The Present Economic Status is a result of the Global Pandemic-Bawamia.