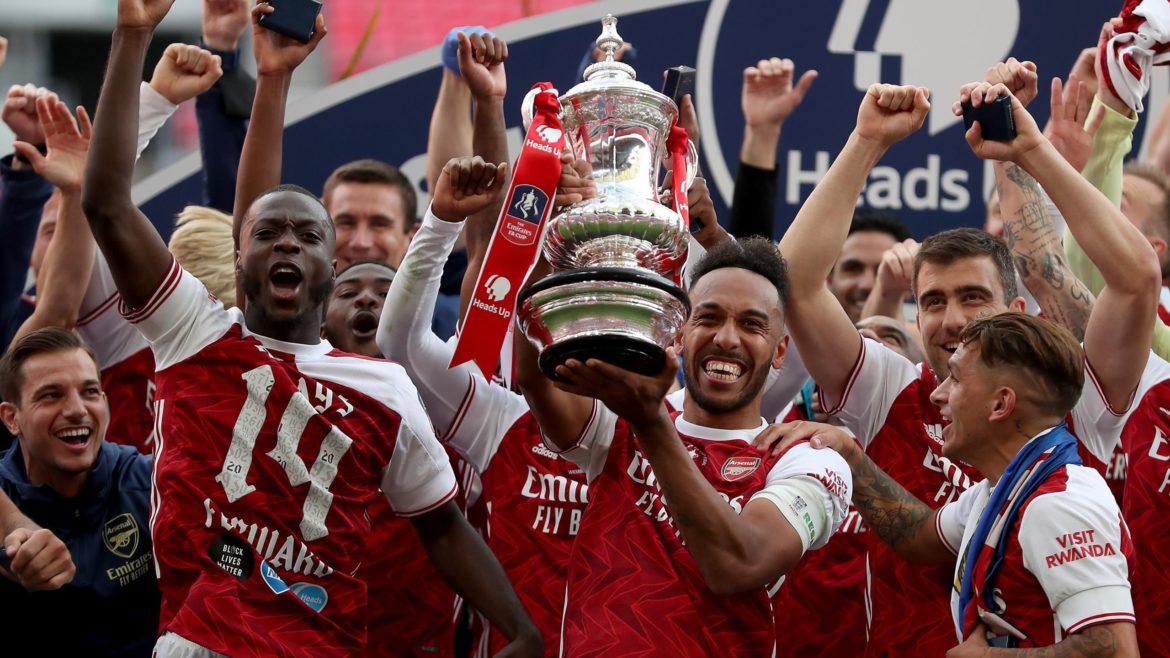 Things got worse for Chelsea after their Captain Cesar Azpilicueta and Christian Pulisic were both injured. In the 67th minute, Aubameyang scored again before Mateo Kovacic was sent off following a second yellow card. With the match ending 2-1 Arsenal booked their place in the Europa League.

Speaking to sky sports after the match, Arsenal Manager praised his captain for stepping up during a big match. According to Arteta: “Big games require big moments from big players. Aubameyang delivered that in the semi-final, he’s done it again in the final and that’s why you ask about those players.

“Some people were questioning whether he could do it in big games, but he was a big part in delivering this trophy. We’re so proud to have a player like him in our squad.”

On the other hand, Chelsea’s Manager said that his players were not good enough in the finals. Lampard noted that: “We didn’t play well enough. We didn’t play great for us, but we did compete in the game and we had chances. When you give an opportunity like that to Aubameyang, he will finish you off.

“Aubameyang scores two goals – one being a penalty – and we were very clear with the players about the threat that Arsenal provides with long balls behind you. They play football as well, but they also have a threat of a long ball behind you, particularly in those channels.

“A frustrating part of today’s game was that I showed that a lot to the players and we worked on it, but we allowed him in easily. He’s a top-class player, and the second goal is the sort of speed and quality of a player at this level that wins games like these.”

Ghanaians stranded in Brussels to arrive home on August 11th