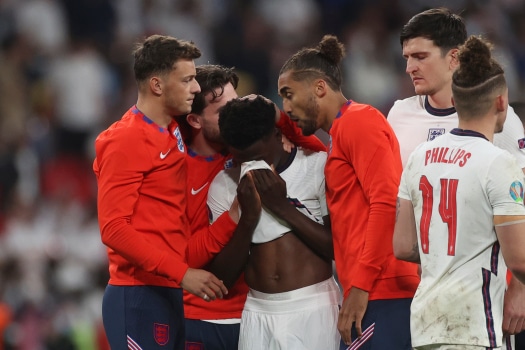 According to Southgate: “For some of them to be abused is unforgivable. Some of it has come from abroad, we have been told this, but some of it is from this country. We have been a beacon of light to bring people together and the national team stands for everybody. We felt the energy and positivity from the fans and I’m incredibly proud of that.”

England had made good progress in the Euro making it to the finals. With the final ending 1-1 it went down to a penalty shootout. Saka, Rashford, and Sancho all had their penalties saved. This saw Italy become the champions of Europe.