Shatta Wale and Archipalago insult each other on WhatsApp 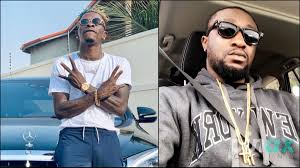 Shatta Wale and upcoming musician Archipalago traded insults on each other on leaked WhatsApp messages. In the messages, Archipalago termed Wale as greedy, fake and uncivilized. He went on to tell the celebrated artist that Majesty was not even his son.

Shatta Wale, on the other hand, insulted his using his mother even going ahead to tell him that he was living a fake life. The two were long time friends before they parted ways. Their relationship is said to have gone from bad to worse after Shatta Wale started a war with Sarkodie and Stonebwoy. Wale is yet to comment on the issue but the screenshots were uploaded on Archipalago’s Instagram.