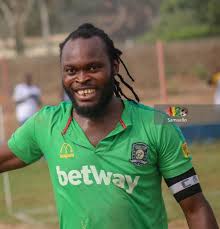 Yahaya Mohammed, Aduana Stars striker, has requested fans to stop offending players who come back to play in the Ghana Premier League.

With the 2020/21 Ghana Premier League set to begin on November 13, several players have conveyed their plan to return to the domestic league.

Yahaya Mohammed said that, should Gyan and Muntari come back to the Ghana Premier League, combined bodies will bring in sponsorships. Yahaya also insisted that he doesn’t see anything wrong should the pair make a return to the domestic league.

“It’ll help the Ghana league in diverse ways. Why can’t Gyan play in the local league if players like Kaka and Ronaldinho went home to play in the Brazilian league? Their presence will help in the acquisition of sponsorships,” Yahaya Hello FM.

“I can tell you that the day Asamoah Gyan will sign for a local club, the following week, we’ll get a huge sponsorship for the league. Look at where Gyan has reached in his football career but you will see someone insulting him. It’s time the supporters comport themselves.

“The insult should be in a professional way. We should educate the fans to have most of the old players in our league. It will make the league exciting and easy to get sponsorship as well. In the long run, everyone including the fans will benefit,” he added

Mentor made me popular; it didn’t make me rich – Odarky D’Andy