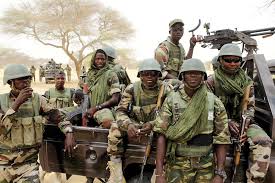 82 bodies have so far been recovered in different locations after Boko Haram attacks in the Northeastern region of Nigeria. The bodies were for the militants, soldiers, and civilians. A statement from the Nigerian Army indicated that 20 Boko Haran militants were killed while attempting to breach Monguno town.

Media sources indicated that 20 militants died, 20 soldiers also died while 42 civilians also died making the number 82. A village head in Nganzai said that the militants were burning houses and even killing women and children. According to the village head: “We held a mass burial for our beloved ones killed today (Sunday). This is sad. In Gubio, another mass burial was held today also for people killed by these mindless killers. We really need security help.”