Home News A man aged 37 was killed with allegations of stealing a Cat.
News

A man aged 37 was killed with allegations of stealing a Cat. 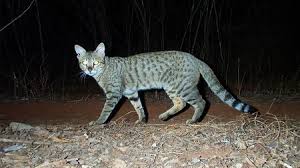 Abdullah Gedo commonly known as Duley was stoned to death with allegations of stealing a cat. According to reports, the 37 years old man was attacked by unknown people from this region in the morning hours of Sunday.

Speaking to some Journalist, Emmanuel Adel, said that he spotted 4 young men who were trying to attack the late around 4 am. The men attacked Abdullah Gedo and hit him to death with concrete slabs.

Furthermore, Emmanuel Adel told the Journalists that “Upon further inquiry, I realized I knew the suspect and rushed to inform his family about his death.”

Alhassan Issah, the brother to the deceased man said they’ve not yet accepted the accusation behind Abdullah’s death. He, therefore, requested the police to investigate the matter to know what led to his death. Abdullah Gedo’s Body was taken to the police hospital Mortuary.

Wendy Shay defends herself for spelling Beyonce as “Bew”.

Vim Lady says that she is very disappointed with the Ghana Journalist Association.