Am okay marrying someone who has another wife-Actress Salma 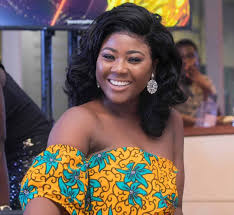 Actress Salma has said that she is okay and ready to be married to a man who has a wife already. Salma has so far been featured in some scenes of movies.

Nevertheless, the actress said being a second wife can only happen under one condition if the man is responsible enough to take care of her and the other wives. To support her statement, she gave an example of Regina Daniels of Nigeria.
Speaking during the interview Salma said “I don’t mind being a second or third wife if he can take care of me. I should have my own house since he has other wives so I can be comfortable.”

Furthermore, she said that she prefers old and mature men compared to young men. According to Salma, old men have already experienced a lot in life and acquired enough wealth. “I prefer mature and rich men, they’re better than the young ones. If at 25, you have cars and houses it’s likely to be fraud because you couldn’t have achieved that much in the short period.”

Calmness in Techiman has made some Economic Activities resume