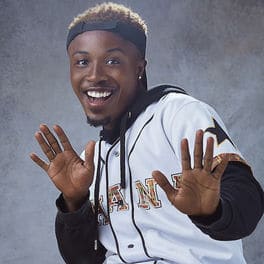 Dancegod Lloyd, has said that many parents prevent their children from doing dancing as a career. According to him, they view dancing as a senseless career.

He said this during an interview, “I want to say that with some parents they wish their kids will learn to get a good-paying job in the future because of the condition they find themselves. But talent is very important in life and it can also help bring some money home to help resolve the family situation.”

He said that many children undergo depression anytime they are denied the chance to show their God-given talents by parents. Dancegod Lloyd said that he has received some calls from children who want to dance but their parents are refusing them from doing that. He said, “Most parents are just scared but as for me I went all out and that made my parents accept me as such. The young ones coming cannot also take such a risk. I’m begging the parents out there to support their kids.”

Furthermore, Dancegod Lloyd stated, “If a nobody like me who hails from a small town and today, I can be this great then your kids can be greater than me through dancing. So, they have to stay prayerful and support the kids no matter what and that’s the little advice that I have for the parents.”
“The kids should also take their studies seriously and they should take their talents also seriously and stay away from social vices.”

Lord Hamah does not support NDC’s decision to go to court.

Prophet Nigel Gaisie reveals that his greatest weakness is women