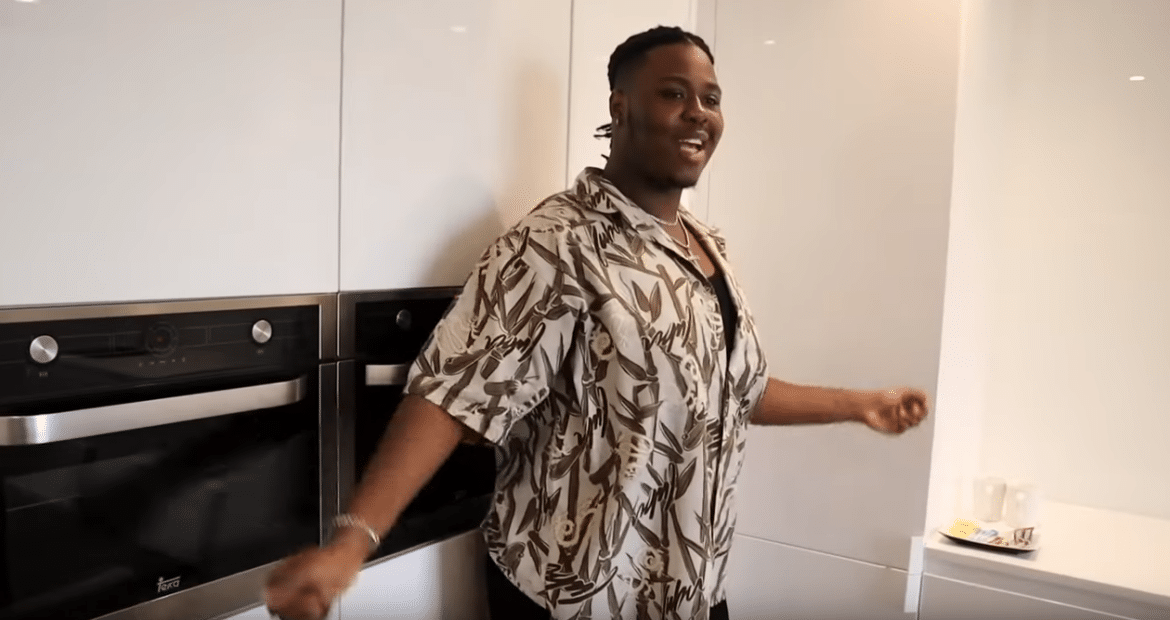 Recently US-based Ghanaian YouTuber, Denzel Dion visited Ghana on vacation and took every chance to popularize his country of origin. In one of his Vlog during the one month visit, he gave us a tour of his modern penthouse.

His penthouse had beautiful lighting, a wall fixed oven, and a wall fixed fridge, a smart TV and a king-size bed. On several occasions, he is heard telling his followers to visit Ghana if they have the opportunity since it’s one of the best places to be.

This video was largely seen as an advertising video but to the amazement of many, he did not mention the name of the place he was staying. He just took people around the one-bedroom house with glass stairs. The house was very beautiful and in the comments people have asked the name of the place was staying. It’s however not yet known whether it was a hotel or a rented house.

During the video, the voice of a lady is also heard laughing while taking the video. He was very careful in the video not to mention her name or even show her face during the shoot. With little about Denzel’s dating life is still unknown, people were also curious to know whether it was his girlfriend in the background. Denzel has however not commented on the issue. Denzel has kept on saying that he is single and little is still known about his current or last relationship.

Denzel Dion is a popular YouTube with over 1.4 million subscribers on YouTube. In addition, he is also very popular on Instagram @denzeldion with 1.8 million followers. Despite being young his influence on social media is on the rise.For more about Denzel Dion’s YouTube channel Visit his channel here: