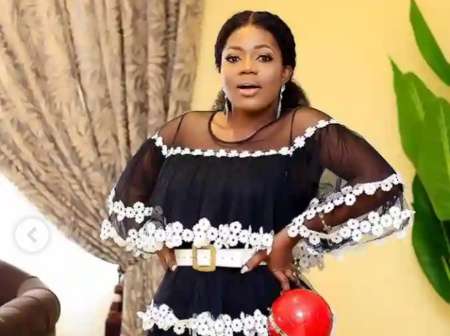 This musician stated that she created her empire by herself and not through blackmailing as some individuals have done.

She was not precise with who she was directing the post at, but from current happenings, the post suggested it could be for Afia Schwarzenegger who Mzbel has said in the past that she lives by blackmailing people in a higher position.

Probably the post might be directed to Tracey Boakye who has been alleged to be blackmailing someone in higher authority in the country and through the blackmail, she has been able to get for herself some properties in some luxurious regions in the country’s capital.

The musician’s post read “Alone, by herself I built the kingdom that I wanted. When blackmail favors u, don’t call it grace”.