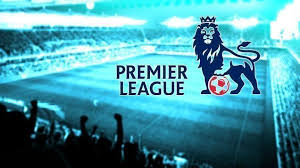 It’s now official that the English Premier League will resume on June 17, 2020. This was agreed on Thursday 28 May following a meeting between premier league officials and government officials. Upon resumption, the first fixture will be between Manchester City and Arsenal. It was also agreed that al the remaining 92 matches will be broadcasted live.

The premier league released a full statement indicating that: “Premier League Shareholders today agreed to a new provisional restart date for the 2019-20 season of Wednesday, June 17, provided that all safety requirements are in place.

“Aston Villa v Sheffield United and Manchester City v Arsenal postponed due to the EFL Cup final, will now take place on June 17, followed by a full match round beginning on Friday 19 June. Due to Covid-19, matches will take place behind closed doors.”

The shareholder also agreed that the games would be broadcasted by broadcast partners which include Amazon Prime, BBC Sport, BT Sport, and Sky Sports.

“But this date cannot be confirmed until we have met all the safety requirements needed, as the health and welfare of all participants and supporters is our priority.

“Sadly, matches will have to take place without fans in stadiums, so we are pleased to have come up with a positive solution for supporters to be able to watch all the remaining 92 matches.

“It is important to ensure as many people as possible can watch the matches at home.

“The Premier League and our clubs are proud to have incredibly passionate and loyal supporters. It is important to ensure as many people as possible can watch the matches at home.

“We will continue to work step-by-step and in consultation with all our stakeholders as we move towards resuming the 2019/20 season.”