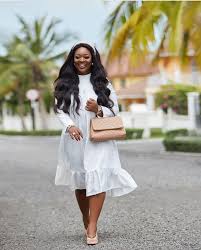 Actress Jackie Appiah has disagreed with the gossip of being pregnant for George Oppong Weah, the President of Liberia.

Jackie Appiah said she does not tolerate useless rumors and will not concentrate on such, adding that, her fans should disregard all such gossip.

She spoke at the Christening of the infant baby of blogger Nkonkonsa and his actress wife Lebene.

A few days back, there was gossip making rounds on social media regarding a picture of Jackie Appiah at the launch of the Adonko Next Level Energy drink which shows the actress was pregnant and the man accountable is the former footballer and president of Liberia.
The story went viral with other blogs selecting it up and speculating further that she was pregnant.

Rev. Obofour says he will not impregnate his wife again