Kumasi porridge seller crushed to death in a fatal accident 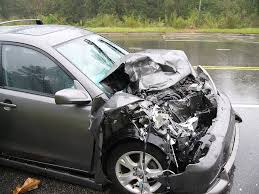 A porridge seller in Kumasi died instantly after a vehicle ran into her while doing her business in Kumasi. The 28-year-old Suweiba Jibrim was hit on the early hours of Wednesday morning. The accident left her body completely dismembered. Her body is currently at the Komfo Anokye Teaching Hospital Mortuary. The vehicle involved in the accident is said to have been driven by a young lady before she lost control hitting the porridge seller.

During the accident, a customer of the porridge seller is said to have also been injured. He was however treated and discharged. According to the discharged victim who was only identified as Francis Baah:

“I went to buy porridge this morning by the roadside. While I was standing there, a vehicle which was on top speed came from the direction of town. It came towards our direction and hit us. I could not get up when I fell, then I saw a Taxi cab driver and called him. He came to my aid and took me to the hospital. From the hospital, we proceeded to the police post at Ahodwo and we were asked to go to the Asokwa Police station. I had a cut on my lips, my head was also affected and I also sustained injuries on the arm.”

Jibrim’s family could not believe the news. They all gathered at the accident scene to mourn Jibrim whom they described as calm and collected. Police said that they had started investigations into the accident and has detained the driver of the vehicle at the Asokwa Police Command. The vehicle involved in the accident was also towed to the same police post as police comb what could have led to the accident. The porridge seller is expected to be laid to rest on Thursday, April 2, 2020.