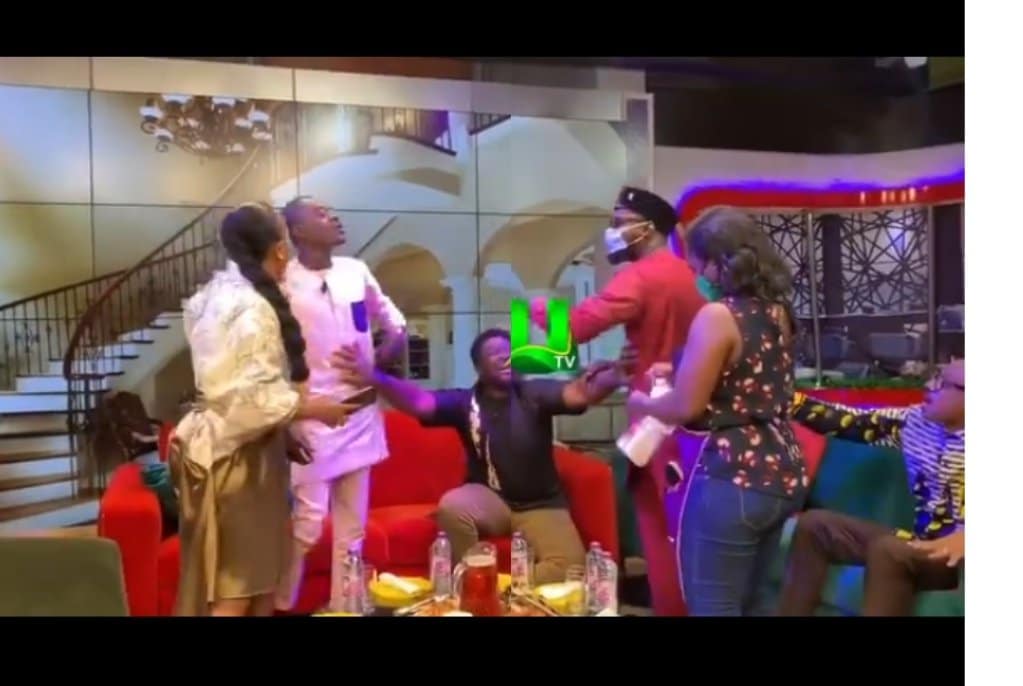 Lil Win and Funny Face crushed on UTV ending in a fight. The two funny men who have been having a beef could not hold the tempers against each other. The two have been beefing since 2019 because of an award on Ghana Movie Awards.

The confrontation between the two got heated until Funny Face threw a blow towards Win. Luck enough it did not reach him as they were separated by the moderator. Funny face said that if he knew that Lil Win was going to appear on the show he would not have shown up. Things came back to normal after Funny Face was taken out for some time. When he came back, they reconciled and even performed together.