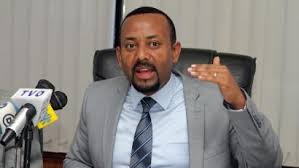 Ethiopian Prime Minister, Abiy Ahmed, said that the rebel political party in the northern Tigray region in Ethiopia is a “criminal clique” that has forced the federal government into military action. Earlier this week the prime minister announced that he will send soldiers to that region to quell an alleged uprising by the Tigray People’s Liberation Front (TPLF).

Abiy Ahmed stated that the government has begun a six-month state of emergency in Tigray and it will “use proportionate force to restore law and order.” The TPLF has been dominating the politics of Ethiopia, but from the time Abiy took office in 2018 has been fighting the elites in Tigray, many of whom he has purged from the government.

“The TPLF ruled the country for the previous 27 years through means of oppression rather than law,” The prime minister stated.
Ethiopia’s federal police in Ethiopia said that some of their officers in Tigray were under attack from TPLF forces and that looting was widespread.

“Furthermore, we have established that TPLF could carry out terror attacks on major cities. Some of them have been apprehended while a manhunt is going on to arrest others,” Federal Police Chief, Endeshaw Tassew, told state media outlets.

It is was not easy to get a clear picture of what was happening on the ground, because of the internet and phone blackout in the Tigray Region. The Tigray Television, Late Thursday, said that the airstrikes had been carried out on the regional capital – an allegation that couldn’t be verified independently.