Home News We Are Afraid You Will Not Deliver Justice, Macho Kaaka Family Tells the Committee Investigating Ejura Incident
News 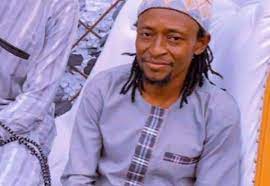 We have no confidence in the three-member committee established to investigate the Ejura incident and therefore we will not honor the invitation to appear before it. These are the sentiments of the family of the late social activist Ibrahim Mohammed alias, Macho Kaaka in a statement issued to the Interior Minister on 8th July 2021.

According to the statement, the bereaved family has monitored the committee’s sittings for three consecutive days and it fears that it (the committee) will not be able to probe and unveil the mystery leading to the murder of their relative on the 29th June Ejura incident. The family also noted that some of the individuals who have appeared before the committee are potential witnesses in the criminal case currently being pursued. In addition, the bereaved family has accused the three-member committee of making prejudicial comments as well as expressing its business in the whole issue.

Also read: Our aim was not to kill protestors at Ejura – Ghana Military

“We, the family of Ibrahim ‘Kaaka’ Mohammed, regret to formally notify you of our decision to not participate in the ongoing public inquisition, which is purportedly concerned with the circumstances that led to the unfortunate occurrences of Tuesday, 29th June 2021… Watching the proceedings over the past few days, we have found the Committee’s inability to enforce the attendance of witnesses and examine them on oath as well as to compel any documents, to be very puzzling. We are also concerned that these restrictions put the Committee in a position where it can neither vet, validate nor substantiate any statements made before it; nor cross-examine the testimonies of the witnesses on the basis of facts independently procured…” The statement read.