Home Entertainment You will be buried without your Possessions, be humble- Sally Akua
Entertainment

You will be buried without your Possessions, be humble- Sally Akua 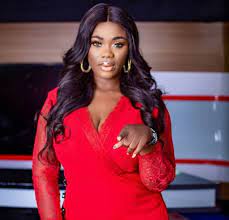 Sally Akua has reminded the rich to be humble because they won’t be buried with their riches. She reflected all the possessions owned by the late TB Joshua and this supported her stand that being humble is the greatest sign of humanity.

“I chanced upon an article on Facebook saying that T.B Joshua is dead. I quickly went to google his name, and Forbes, in 2011, Reported that his net worth is 10-15 million dollars. He is dead and gone. He has left all this wealth behind. Now, people who go about bragging and boasting that I have three cars; I have a house; I have five houses, this and that, I believe you will take a cue from this. That if you die today, you will not be buried with any of your assets. Be humble. There is more to life than you see. Know that there is death, and one day, you will die,” her caption read.

She advised people to love and care for each other. Sally Akua also reminded Christians to stop worshipping their pastors. She insisted that the only way to salvation is seeking a personal relationship with God.

Morocco beats Ghana for the First time in over twenty years.