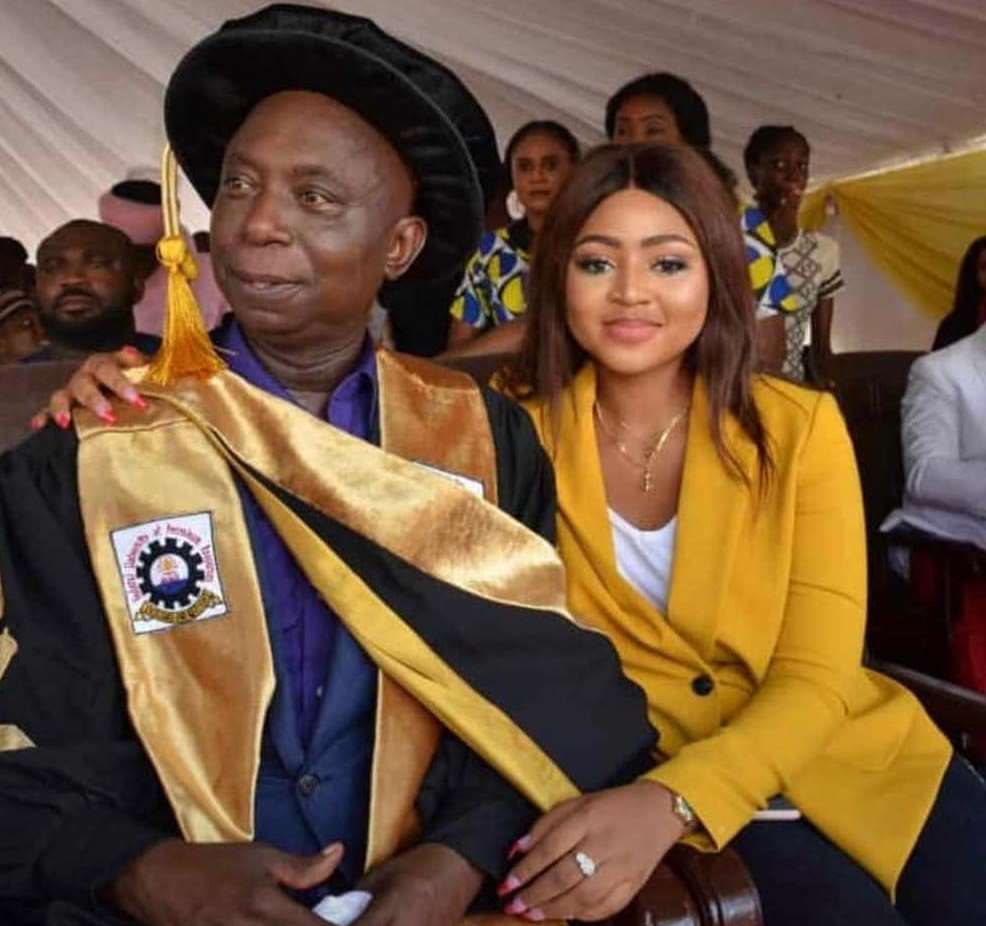 Nigerian billionaire Ned Nwoko says that he loved actress Regina Daniels the first time he saw her. The rich lawyer added that he saw Regina when she visited his village while on a tour. He however added that the decision to marry her was reinforced after realizing that she was a virgin.

According to Ned Nwoko: “When I met her, I didn’t even know who she was because I don’t watch movies, whether British, Nigerian or American. Also, I am not a social media person. So, I didn’t know about Regina until she came to my house with her family on a tour. My house in the village (Aniocha North Local Government Area, Delta State) is a tourist attraction of sorts.

“I liked her when I saw her, especially when I found out that she was from that place. I had always wanted to have somebody (a wife) from my side. We were introduced to each other and one thing led to another. That was when I found out she is a very decent girl.

“I have always said that I wouldn’t marry anybody who isn’t a virgin and that is very important to me. When I found out that she was a virgin, it reinforced my decision to marry her. I married all my wives as virgins.”

Regina Daniels and her husband have welcomed their first child whom they named this week in a very colorful ceremony. At the start of their relationship was met with a lot of criticism because Nwoko was at the heading to 60 while Regina was only 19. People have however learned to live with the fact that the beauty queen is already married to the man she describes as the love of her life. People are now showing them a lot of love.

My agents are being assaulted at registration centers – John Dumelo