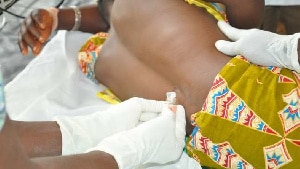 A total of 409 cases of cerebrospinal meningitis (CSM) has been recorded in the upper west region of Ghana with the total number of deaths at 40. This was confirmed by the Disease Surveillance Department of Ghana through their twitter account. Out of the total 409 recorded cases, 258 are from the upper west region which is currently the epicenter of the disease. The other cases are currently spread across Ghana. This outbreak is giving Ghana a hard time because of the outbreak of Coronavirus which is currently the most serious outbreak in the world.

Here is the full statement from the Disease Surveillance Department:
Meningitis is an acute febrile illness, involving the covering of the brain and spinal cord (meninges). It is cauterized by fever, headache, nausea, vomiting, neck stiffness, altered consciousness, convulsion/seizures and coma. Meningitis is endemic in Ghana, particularly in the northern sector regions that falls within the meningitis belt of Africa specifically Northern, North East, Savanna, Upper East and Upper West. There is usually annual urge.

Each year, regions especially those in the meningitis belt report sporadic cases with a surge in the number of cases during the dry season of the year. The Upper West region started reporting sporadic cases in February 2020 and has seen an increase in cases in recent times, especially the past two weeks. As of 15th April 2020, a total of 258 cases have been reported in Upper West out of the 409 cases reported in the 5 Northern regions, resulting in 40 deaths (case fatality of about 15%).

Investigations indicate that, the high case fatality is due to late reporting of cases of health care. The current outbreak in the Upper West Region is caused mainly by a new strain of bacteria; Neisseria meningitides serotype X, which has no vaccine and Streptococcus pneumonia which has an average case fatality of 40%.

A number of response actions have been undertaken by the Ghana Health Services including:
1. A part of preparation for the Meningitis season, all the meningitis prone areas including Upper West, Upper East, North East, Savannah and Northern regions had their Rapid Response Teams (RRT) trained in readiness in January, 2020.
2. The Rapid Response Teams at the Regional and District levels have been deployed to various health facilities and communities to undertake case search and support case management.
3. In addition to the regional stock, the national level has provided 7,500 vials of Ceftriaxone; the appropriate antibiotic for management for meningitis and funds to support their response.
4. Regional and District Public Health Emergency Committees (PHEMCs) have been activated and meet weekly to coordinate investigations and response activities.
5. Intensive public education has started and is ongoing with respect to the signs and symptoms of meningitis and the need to report early to a health facility.
6. Meetings have been held with the chiefs and other opinion leaders to solicit for their support in sensitization of their response communities.
7. Key messages on Meningitis have also been developed and shared with relevant stakeholder.

Though there is no vaccine for the strain causing this current outbreak, effective treatment is available. The need to emphasize this is paramount to ensure early reporting and initiation of treatment that can significantly improve outcome and improve survival rate.

To further enhance our response to contain the outbreak, the Ghana Heath Service has sent additional resources to the region. In addition, a team of experts led by the head of Disease Control have been deployed to the region to provide technical assistance and support the region to intensify our response.

The Ghana Health Service wishes to reassure the general public and the people of Upper West Region that we remain committed to bring the outbreak under control.

We continue to encourage all to report early to the nearest health facility when they feel ill.