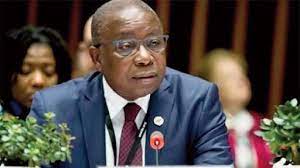 The minister of Healthy has been given two weeks leave, so as to sort out some of his personal issues. Kwaku Agyeman-Manu was granted leave by the Chief of Staff as from last week. There were several calls from the public to Kwaku to quit the ministry following his involvement in breaking procurement rules.

Kwaku Agyeman-Manu was involved in the process of acquiring the Sputnik V vaccine for Ghana. The process of getting the vaccines was terminated immediately. The government came up with a committee to probe the minister’s intentions. The final report from the committee is yet ready to be released.