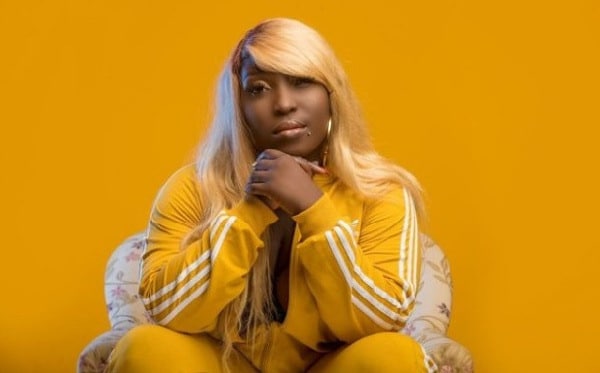 Ghanaian celebrated female rapper Eno Barony has said that she will not disrespect Sarkodie or even go into a lyrical battle with him. She said that disrespecting the rapper would only shorten her life in the music industry. The rapper in her single entitled ‘Argument Done’ has dissed several artists including Sista Afia. Her song is said to be a reply to Sista Afia’s song called ‘You Got Nerves.’

Speaking on Atinka TV Eno Barony noted that she can beef with anyone but not Sarkodie. According to her: “You just don’t go about battling people because you are a rapper…Why should I battle Sarkodie? I will not battle or insult people before I get to where I am… like I would’ve done that when I was an underground artiste but you give respect to people ahead of you. If you are of the same height as your mother, it doesn’t mean she is your co-equal disrespecting her means you are shortening your life …So I respect Sarkodie, I will never battle him..for what? My battling days are over”.

When asked why she dissed Sista Afia by the TV host Nana Adwoa Annan Eno said that she was not battling any singer. She said that being a female rapper her work is not to bring other ladies down but to empower them into the music industry.