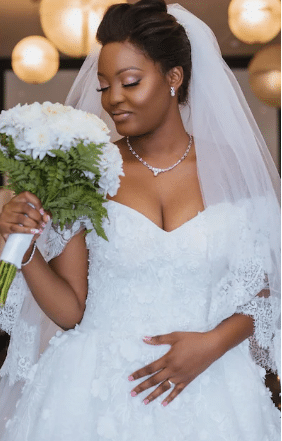 Award-winning Ghanaian actress, Jackie Appiah seems to have won the heart of one of her 6.9M fans who is now proposing to marry her.

This happened after Jackie posted a photo on her Instagram account with the caption ‘Tell me what is on your mind.”

In the comment section, one of her fans who seemed to be madly in love with her said that he wished to marry her. The fan by the name farrukh222 wrote “Absolutely gorgeous, I wish am the owner”

There were many other good comments with many fans expressing their love and admiration for the actress telling her how beautiful she was and how they loved her. People can’t get enough of the film queen.

Jackie has been busy with the expected release of a movie she is starring called “My Partner’s Enemy.”

According to @Jackieappiah, the movie will premiere on 14th February in Ghana. In her post, she urged her supporters in Ghana, UK, USA, and France to support her by booking tickets to watch the premiere. She went ahead to give contact numbers for all those interested. For her Ghana supporters, she added the venues for the premiere which includes the University of Cape Coast and the Central University.

With other actors such as @chrisattoh and @joselyn_dumas, they also have a new release which will premiere on 7th February across all Cinemas in Nigeria. She urged her fans in Nigeria to be ready for the massive release entitled “The Perfect Picture 10 Years Later.”

Jackie seems to be having a very busy year in the film industry and we expect more from her. Being at the peak of her career good things are expected and that is one of the reasons she is working so hard not to let her fans down.