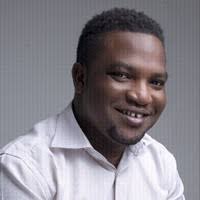 Wei Ye Oteng, the Beat producer and the CEO of Drum Lyne Music, has stated that the trend surrounding the acknowledged Kumerica mantra would die off shortly.

In a Facebook post, Oteng, stated that the leading trend is no more shortly because it was not carefully thought through.

In his perspective, Wei Ye Oteng added that the Kumerica trend could have endured and stayed longer than normal if the inventors had created it more about themselves.

Besides, Wei Ye Oteng said that the uncertainty that had come to be linked to the trend was rather going to be its undoing.

Oteng was communicating about the matter of the Kumerica trend following the various dilutions and differences that have come to link themselves with it.

He said the boys allowing all subsets of the tendency to be added to it would rather make it feeble and push it into unawareness quickly than necessary.

The beat producer’s read: “Kumerica has no future. It is dead on arrival because it was never thought through. We could have done it better by projecting us and not confusing ourselves. Confused boys.”

3,717 schools fumigated in Greater Accra ahead of reopening