Lil Win has apologized to former Cocobod CEO for defamation 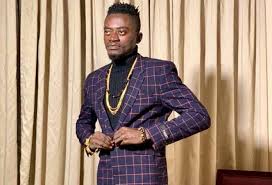 Ghanaian comedian/actor Lil Win has apologized to Dr. Stephen Opuni the former Cocobod CEO for defaming him. In 2018 Lil Win claimed that Opuni was a thief and that he had stolen a lot of money which he had stored in metal boxes in his house. He even went ahead to table false evidence online predicting that the former SEO would rot in prison.

In his apology, the actor noted that his 2018 statements were false. He went ahead to apologize to Dr. Opuni noting that he was aware of the damage he had caused him. Dr. Opuni is yet to respond to the apology and it’s not clear where he will accept it.