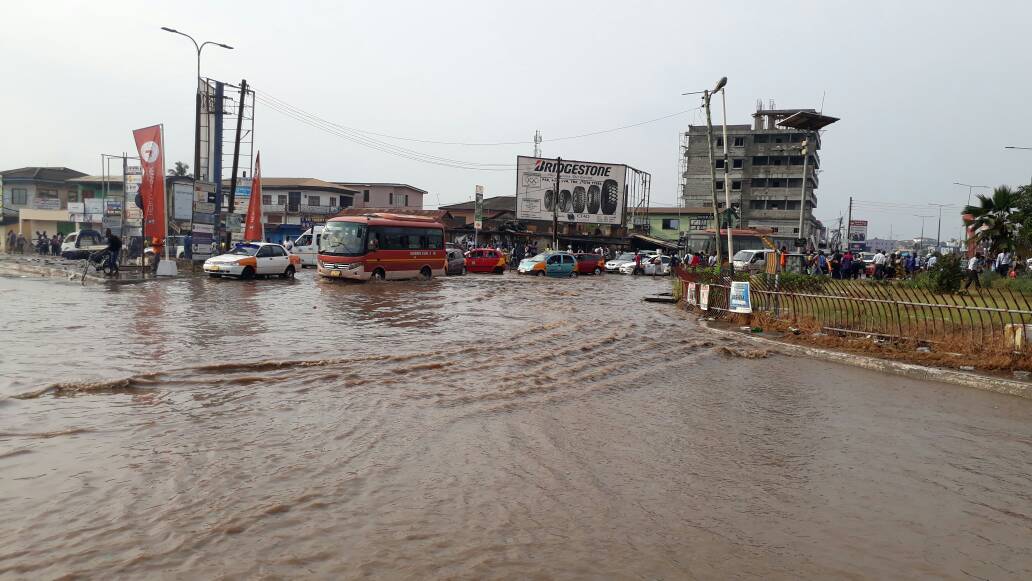 Some parts of Accra are now flooded after a heavy downpour on Tuesday morning. The heavy rain which lasted hours left many people from Kwame Nkurumah Circle Interchange displaced. The floods led to the death of one person with the military moving in to rescue the situation.

Some other affected areas included Donsoman and Oda. In Achimota many people were left stranded with their feet covered with water. Many people left their houses to seek refuge in safer grounds. The rain led to heavy traffic in the morning as people headed to work. The weatherman predicted that the rain would continue and warned people to stay on safe grounds.

Man arraigned for threatening to kill neighbor for snatching his girlfriend

Mallam Bawa cuts off a boy’s finger for allegedly stealing