Home Entertainment Shatta Wale has disclosed that God Appeared to him in Jail.
Entertainment

Shatta Wale has disclosed that God Appeared to him in Jail. 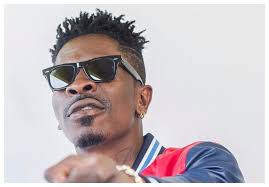 Charles Nii Armah Mensah, popularly known Shatta Wale, revealed that God appeared to him while he at jail. “I saw sun rays shine through the windows of the cell just as God appeared to Moses of the Bible. I went to the stinky Urinals in the cells and I knelt down and prayed to God to let me out of the bandage if he had a purpose for me outside the cells. After the prayers of the guardians of the lady had a disagreement with the CID on duty and requested him to release me.”

He remained behind bars for five days. His Music Career was almost terminated for having an affair with a girl below 18 years. Shatta wale said that the lady lied to him that she was not a minor and therefore he was confident that he was doing the right thing.

We denied Hearts of Oak to train at Mcdan Park because of ‘juju’.