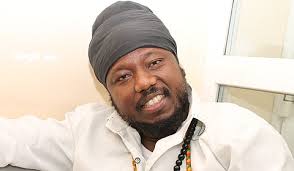 The management of Zylofon FM confirmed that an unknown man invaded their premises with an attempt to kill Blakk Rasta. The head of security managed to shoot the man while he was trying to escape.

Blakk Rasta, through his social media platforms, said that “Transmission on @zylofon1021fm shut down. A man broke into the building, masked threatening to kill me. Police and security here…”

“This man first went to the station’s server room, succeeding in disconnecting some of our cables, therefore, shutting down transmission before threatening the life of the host of Taxi Driver Show, Blakk Rasta, known in private life as Abubakar Ahmed,” the management confirmed.

The man sprayed strange contents into the security guard’s eyes. Through a statement, the media officials said that “The police team upon arrival took the shot assailant away together with some staff of the station to help with the investigation. They have taken charge of the premises to ensure the protection of life and property.”

James Gyakye Quayson will not be sworn into the 8th Government.