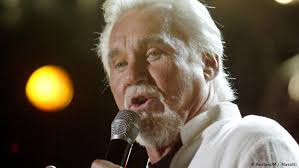 Country Music legend Kenny Rogers is dead. The legend who sang for a record 6 decades died of natural causes aged 81 according to his family.

“Rogers passed away peacefully at home from natural causes under the care of hospice and surrounded by his family,” read the statement from his family.

The family said that they are planning to have a very small private sendoff ceremony because of the current situation of COVID 19.

Kenny Rogers won three Grammy awards and was popular worldwide for his tracks such as “The Gambler and Island in the Stream.”

Despite being recognized worldwide Kenny in an interview in 2013 he said that he had never seen himself as a great singer but a sorry letter.