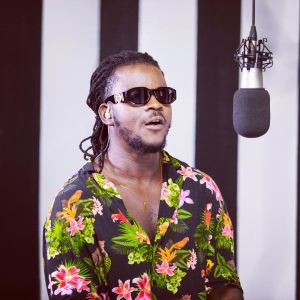 Speaking in an exclusive interview with Fiifi Pratt on ‘Afro Joint’ on Kingdom Plus 101.9Fm, the artiste stated that Jupitar is an excellent artiste however he should put his ego aside and work harder.

“Jupitar is very talented but his laziness has made him redundant in the industry,” Epixode said.

Epixode claimed that he has received a lot of trophies and nominations all over the world because of his hard work.

Epixode said that Jupitar should not “fight somebody who is teaching you the way.” He claimed his journey in the music industry is a prosperous one.

He further disclosed that Jupitar was like a brother to him, however that is no longer so because he had no respect towards him following his guidance to him.

We should not define gospel music as a genre – Eric Jeshurun