Fameye Reveals that he stopped church because people criticized his looks 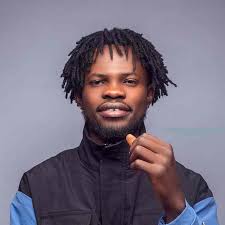 Ghanaian successful singer Fameye has revealed that he has stopped worshipping in the church since some Christians criticized his looks.

During an interview on Abeiku Santana’s “Atuu” show which was broadcasted this week, Fameye, publicly known as Peter Famiyeh Bozah, revealed this.

In line with the 2020 Vodafone Ghana Music Awards “Best New Artiste of the Year” winner, he was a dedicated congregant, but, when he decided to go dread and pierce his ears, he was condemned by some of the Christians of his church.

Peter Famiyeh Bozah stated that he decided to stop church completely because he was not pleased with how criticism was handled by his church members.

Peter Famiyeh Bozah, who is 25, confessed that he did not see the reason why he should go to church because he believes that Christianity abides in the heart. Besides, he said that he attends prayer meetings once in a while.

Fameye was pronounced the “Best New Artiste of the Year” at the just ended Vodafone Ghana Music Awards. He beat off stiff competition from J. Derobie, Lord Paper, Kofi Mole, Tulenkey, and MOG Music to win the desired prize.